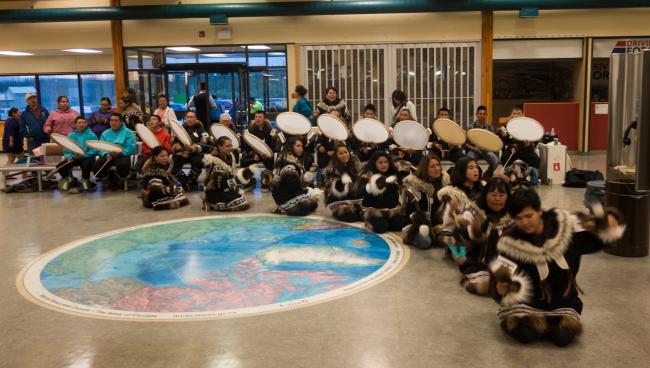 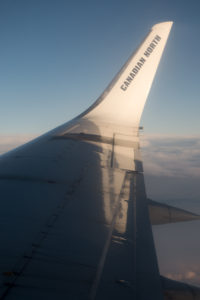 On July 19, 2014, I boarded a charter flight destined for the small community of Inuvik to attend the Inuit Circumpolar Council’s (ICC) 12th General Assembly (GA).  Inuvik is located above the Arctic Circle in the Northwest Territories of Canada. Inuit owned airline, Canadian North was chosen by ICC as the official airline for the 12th GA.  Alaska Native leaders, dancers, Elders, and youth from Nome, Barrow, and surrounding Inuit villages, towns, and cities excitedly filled the cabin of the jet.

Every four years ICC holds a GA, which rotates between the four Inuit Nations of the United States (Alaska), Canada, Greenland, and Russia (Chukotka).  Inuit leaders from across the circumpolar North meet to elect a new chair and executive council, develop policies and adopt resolutions that will guide the organization for the coming term.[1]  This year’s theme for the GA was, “One Arctic, One Future.” 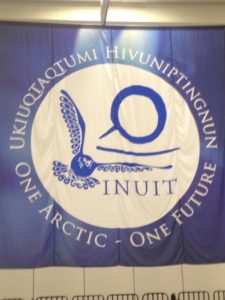 It was a short flight to Inuvik, just under two hours.  Despite the fact that it was 11:30 pm, a local Inuit dance group greeted us at the airport with song and dance.  This act of kindness made me feel as if I were home.  Thinking about it now, I am amazed at how much we Inupiaq from the Bering Strait Region have in common with the rest of our Inuit sisters and brothers across the circumpolar North.

The week I spent in Inuvik was an adventure that I will never forget.  Having the opportunity to attend an international conference regarding Inuit rights has been an inspiring and life changing experience.  I am grateful and honored to have been a participant.

Each day the seal oil lamp was lit – guiding us through the sessions. Topics such as Arctic Governance, healthy communities and family wellness, sustainable resource use and management, Arctic economic and resource development, traditional knowledge (TK) (during this event it was proposed to now refer to TK as, “Inuit knowledge” because we hold the knowledge of our ancestors and build upon that knowledge daily) and western science relating to food security, infrastructure and sustainable communities, responding to environmental challenges, and culture, education, and language were discussed.

The knowledge gained at the GA has made a significant impact on myself as young Inupiaq adult, advocate for Indigenous rights, as a shareholder, and employee of Sitnasuak.  I am thankful for the inspiring stories, diverse perspectives, and wisdom that was shared at the GA.  Moreover, being able to represent our Native Corporation, my generation of Inuit youth, and the ability to network with other Inuit across the circumpolar regions in aims to protect our lands, waters, and cultures was a rewarding experiece, both spiritual and educational. This event has enforced my pride in our Inupiaq values and culture, which play a daily role in my position as communications manager at Sitnasuak.

It excites me that ICC connects all Inuit from across the circumpolar region, because we indeed are the Arctic and we are the future.

Thank you for reading,

Jenny was born in Nome and raised in both Nome and Fairbanks, Alaska.  She is the daughter of Charlotte (Senungetuk) and Mike Miller.  Her maternal grandparents are the late Cora Olson and Larry Olson.  Jenny’s maternal great-grandparents are the late Helen and Willie Senungetuk.  She holds a Bacehelor of Fine Arts in Photomedia and a Bachelor of Arts in American Indian Studies, both from the University of Washington in Seattle.

Photographs by Jenny. Image number 05 shows the translators from the circumpolar regions who translated the entire General Assembly.