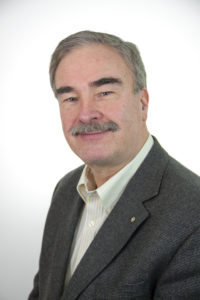 Anchorage, AK, Sep. 22, 2015 — Sitnasuak Native Corporation’s (Sitnasuak) board is pleased to announce the appointment of Richard Strutz as CEO, effective Sep. 18, 2015.  Strutz has been part of Sitnasuak’s team since 2013, beginning as the CEO of the Corporation’s subsidiary, Sitnasuak Financial Services, LLC. He assumed the interim CEO role of Sitnasuak in Apr. 2015.

“I am proud to be part of the great Sitnasuak team and I feel that the future will be very exciting.  Sitnasuak has placed itself in a strategic position for growth, to both provide for our shareholders and to be a leader in Alaska owned businesses,” said Strutz.

“Sitnasuak is happy that Richard has agreed to stay on as our CEO, after serving as our interim CEO since April of this year.  Richard brings a wealth of business experience, connections and leadership skills to our Corporation and we are confident he will lead Sitnasuak to a new level.   Furthermore, we are appreciative that our Corporation’s continued success attracts leaders of his caliber,” said Chairman Bobby Evans.

Sitnasuak is the largest of the 16 village corporations in the Bering Straits region and headquartered in Nome, Alaska, Sitnasuak was incorporated in 1972 as a for-profit corporation.  It now has almost 2,900 shareholders and five successful business lines.